I’ve had just a little extra time open up in my life recently, so I decided to check out a video game shop in my neighborhood. Now, I’ve been pretty busy as a new father the last few years, so my game systems of choice are still a PS3 and Wii (maybe that will change on my next birthday). The plus side to owning a last generation system and not really getting the most out of it is that there are a ton of great games waiting to be played at amazing prices. I was looking through some PS3 games and came across this: 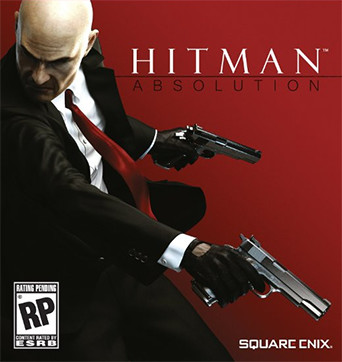 I’ve never played a Hitman game, but I’ve generally heard good things (at least better things than what I’ve heard about the movies). So when I saw this box art, I was intrigued. The only text that I noticed on the box was the white “Hitman” that popped out from the dark red background, leading me to assume that this is either some kind of remake of the first game or at least a good jumping on point. And then I noticed that the game had a subtitle “Absolution”. The subtitle wasn’t immediately apparent as it was black text on a dark red background. Why would a major video game company approve cover art with such hard to read text?

It’s quite brilliant really. The “Absolution” text is just readable enough for longtime players of the Hitman series to recognize that it’s a new game, but subtle enough not to be seen (and dismissed) at first glance by a casual player intimidated at the thought of jumping into the middle of a series. The muted subtitle avoids an automatic dismissal and wins an extra glance – key for attracting new players. The strategy certainly worked for me.

I certainly don’t want to tell inexperienced designers to ignore basic rules of design. In most cases, readable text is a must, but for designers who understand good design principles and understand who their audience is, disregarding the rules with good justification can be used to great effect. To quote a line from Hitman: Absolution’s marketing campaign: “Execution is everything.”